An Overview of the Fitness Industry

In terms of revenue, the fitness industry in Europe has become the largest worldwide, topping even the United States and Canada.

The fitness industry has seen growth year on year and the market size is estimated to reach approximately €25.8 billion by 2020 in the UK alone, with personal training growing at 2.8% annually and accounting for a staggering €700 million in revenue.

When you have a career in the fitness industry, the job you do helps people to regain their vitality and enjoy life more. Your customers will have more energy to play with their children, pursue their own work ambitions, have fun and be more confident about how they look. 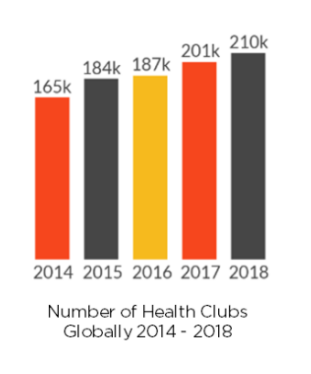 The roles within the industry have been constantly evolving with its growth over the past 30 years. The career path within the fitness industry for those with the accredited fitnessqualifications is to take either a role based on the gym floor or fitness studio (fitness instructors, personal trainers, group training instructors); or a career in management (health club managers, duty managers, personal training/studio managers, etc).
Personal trainers play an important role in the fitness industry and are responsible for designing safe and successful exercise programs for individuals looking to improve their physical fitness and overall health. A career as a personal trainer can offer many benefits, including schedule flexibility and a customizable income.

There are various levels of Fitness Professionals:

Fitness Academy Europe is the European leader in fitness education. We deliver inclusive and insightful courses that emphasize practical training.